Ad Astra Per Aspera: the Courage to Die Trying 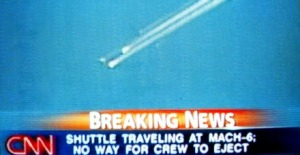 News of the loss of Space Shuttle Columbia, as America first saw it on CNN.  (Many of us saw it live.)

Every year, we observe a week of very rough anniversaries in the space community.  It begins on January 27, the anniversary of the flash fire that killed three Apollo 1 astronauts in the cockpit of their capsule during a launch pad test in 1967.  The following day, January 28, is the date on which the Space Shuttle Challenger exploded during launch in 1986, killing all seven crew members aboard.  The week of remembrance concludes today– February 1, the date on which the Space Shuttle Columbia disintegrated during reentry in 2003, again claiming the lives of all seven crew members.

This year, the brave astronauts who were lost in all three of these accidents were remembered at a special ceremony at Cape Canaveral on the 50th anniversary of the Apollo 1 tragedy, at which the original hatch from that Apollo 1 capsule, long kept in storage and out of the public eye, was unveiled for the first time as part of a new display at the Kennedy Space Center Visitors Complex designed to honor America’s fallen astronauts and remind all of us that it is indeed a rough road that leads to the stars. 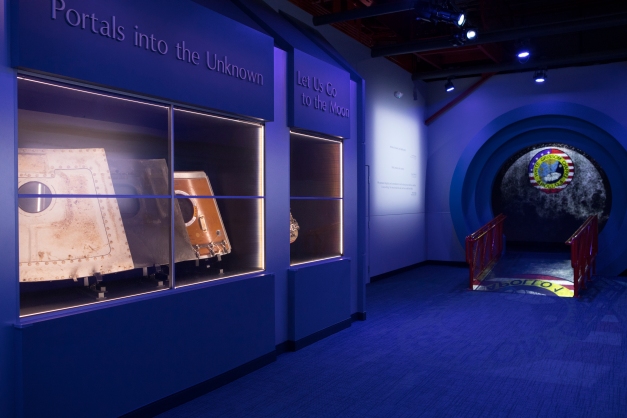 The three-part hatch of Apollo 1 is now on display at Kennedy Space Center (NASA photo).

Over the past four years, we at Take Back the Sky have written at length about these tragedies and the brave men and women who lost their lives as a result of them.  (You can find those posts by searching the January/February archives on the home page.)  As we honor their memory again this year, it’s both appropriate and important that we recognize that their bravery went beyond a mere willingness to risk their lives, and was instead a willingness to die trying on behalf of the whole human race.

Of course, a large part of the legacy of Apollo 1, Challenger and Columbia is that they led to improvements in the vehicles and techniques used to send people into the black, which in turn made subsequent missions both safer and more efficient.  But their legacy also serves as a reminder to us that if we are to become a multi-planet species, then going to space has to be something for which we’re willing to pay the ultimate price.  We will always mourn the loss of brave, intelligent men and women, but if we as human beings truly wish to live among the stars, then we must believe that doing so is important enough that we are also willing to die there.  Fortunately for us, and especially for future generations, the men and women of NASA’s Astronaut Corps understand that and still hold to it with every fiber of their being.  That’s just one of the many things that makes them the “Big Damn Heroes” that they are.

So, as we honor the memory of Roger Chaffee, Gus Grissom, Ed White, Dick Scobee, Michael Smith, Judy Resnik, Ellison Onizuka, Ronald McNair, Gregory Jarvis, Christa McAuliffe, Rick Husband, William McCool, Michael Anderson, Ilan Ramon, Kalpana Chawla, David Brown and Laurel Clark, let us be thankful that their are still men and women like them, heroes whose mettle is summed up so eloquently in the words of the English poet Sarah Williams:

“Though my soul may set in darkness, it will rise in perfect light; I have loved the stars too fondly to be fearful of the night.”