The Road Back to the Black: Ascent Abort 2

Earlier this week, NASA conducted Ascent Abort 2, a critical milestone in the development of the Orion spacecraft to ensure the future safety of astronauts onboard. The day prior, the agency hosted influencers and bloggers for a press event under the NASA SOCIAL program — and Take Back the Sky was invited along for the ride.

The morning started with short briefings in the very same media broadcasting facilities that news anchors used to report live on the Apollo missions back in the day. That big clock from the movies is even in view.

Two engineers who have worked on preparing the (simulated) craft for this test fielded questions about the very, very short-lived flight that would take place. The purpose of this test flight was to literally abort during ascent, that is, after liftoff on the way up. The Orion’s dedicated escape thrusters would fire, yanking it up, away and clear of the rocket as it continues on its way to space — or more likely the ocean, I guess, given that this is an abort. Either way, it’s crucial to test-fire the system to ensure that, before any astronauts fly onboard, that the Big Red Button will work if they have to press it.

For this test flight, it’d lift off like a normal rocket, then fire the abort as usual. Unlike the real thing though, in this flight the craft itself would not be recovered — translation: no parachutes, and no Orion remaining to examine afterwards — but would eject a dozen small flight recorders containing vital avionics data that will give NASA and contractor Lockheed-Martin a better idea of how the ship will handle under such unusual flight conditions.

One of the 12 hardened flight recorders ejected by the Orion test vehicle before crashing into the waters.

Unfortunately, most of the facilities at Kennedy Space Center were a little too busy to welcome guests this time around (so no Vehicle Assembly building again), but I can now say that I got closer than I’ve ever been before to one of the launch pads out at the Cape. Parked at the foot of it is a veritable landship creatively named Crawler-II.

I think I saw this in a Warhammer 40k campaign somewhere.

This mammoth tank-treaded vehicle and its counterparts have been transporting upright rockets to their final destination at the launch pad since the Saturn rockets that got us to the moon, continued to serve the space shuttle, and have undergone modifications to support Orion and its launch vehicle.

One of the Operations engineers speaking about work with the Crawler while standing in its copious shade from the Florida sun.

Even with automation, it still takes a crew of 30 to drive the thing for several days at a speed of 1 mph to bring a rocket to its pad (after it has dropped it off, it speeds back at a brisk 2 mph). The weight of the vehicle and its load requires a brand-new layer of a special spark-free gravel imported from Alabama to be laid down on the roadway before each trip, in the course of which every last fist-sized stone gets pulverized into dust under the treads.

Two of the Crawler’s drivers. The vehicle requires both of them to operate safely.

The launch complex as seen from the bus.

After taking a few laps around the pad while an engineer gave us a “tour from a distance,” pointing out the various features, our guides stopped by the Operations & Checkout building that I’ve described before. Again, unfortunately, they couldn’t let us in to even press our faces to the glass…but that won’t stop dauntless tourists from finding their own photo ops. 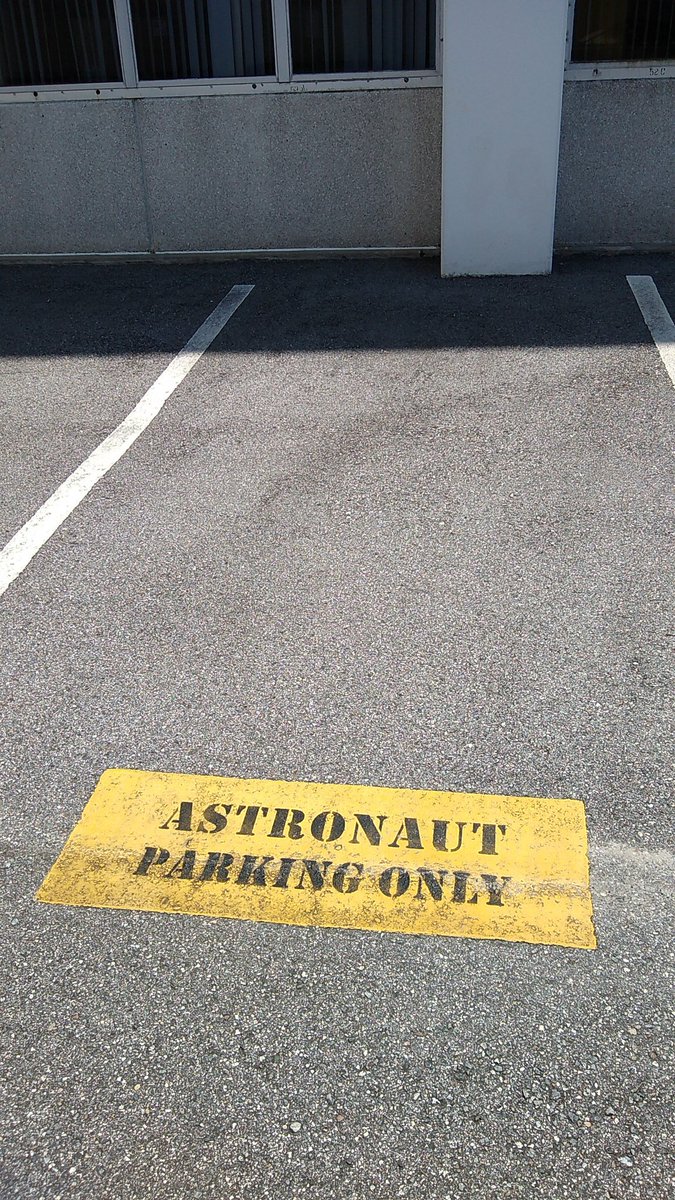 "The Door" where astronauts exit quarantine in their pressure suits on the way to the launch pad. Dramatic reenactment courtesy of #NASASocial pic.twitter.com/20YvT9MvBC

Our final stop was a brief tour of NASA’s Cryogenics lab, where the technicians were quick to point out that the work they do isn’t about cold stuff, but about studying insulation to better preserve and store chemicals and compounds like rocket fuel.

NASA scientist leads us on a tour of the Cryogenics Test Lab #NASASocial pic.twitter.com/unwFPrufVg

We were returned to our cars to rest up before coming in in the very early hours of the morning for the launch itself. It was only slightly longer than your average Estes model rocket launch, but impressive nonetheless:

Watch how she soars! Big, big thanks to @NASASocial for inviting us out to play in their sandbox. pic.twitter.com/59tFYgFS3g

It turns out that all data recording devices were successfully recovered, and NASA seems to be fairly happy with the telemetry received. With this test out of the way, Orion is one step closer to its first flight carrying United States astronauts back out into the black. It bears repeating that we here owe a big, big thanks to NASA SOCIAL for including Browncoats and dreamers like us.