About SpaceX and the Dragon

The new manned version of the Dragon spacecraft, or “Crew Dragon,” is a free-flying, reusable spacecraft developed by Space Exploration Technologies (SpaceX), based off of the design of its unmanned predecessor, which continues to conduct resupply flights to the International Space Station (ISS) under NASA’s Commercial Orbital Transportation Services (COTS) program. Unveiled to the world in May of 2014, the new, crewed version of the Dragon spacecraft is made up of a pressurized capsule and an unpressurized trunk used for Earth-to-LEO (Low Earth Orbit) transport of pressurized cargo, and/or up to seven crew members. 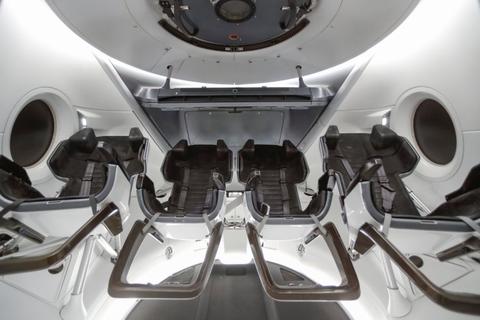 SpaceX headquarters and production facilities in Hawthorne, California. In the skies above, Space Shuttle Endeavour on its way to retirement at a museum.

Founded in 2002 by Elon Musk, the founder and creator of PayPal.com, SpaceX designs, manufactures and launches the world’s most advanced rockets and spacecraft – a private space program. In 2012, SpaceX made history when its Dragon spacecraft became the first commercial vehicle to successfully attach to the International Space Station – a feat previously achieved by only four governments. With the retirement of the Space Shuttle, the SpaceX Falcon 9 rocket and Dragon spacecraft have been carrying cargo to and from the space station for NASA, with the intent of one day bringing astronauts to space.

That day has come.

On May 30, 2020, the Crew Dragon became the first manned American spacecraft since the Space Shuttle to carry the torch passed down by Mercury, Gemini and Apollo when it carried NASA astronauts Bob Behnken and Dough Hurley to the International Space Station.

NASA’s first crop of Commercial Crew astronauts. From left to right: Doug Hurley, Eric Boe, Bob Behnken and Sunita Williams.  Hurley and Behnken became the first astronauts since the Space Shuttle era to launch in an American spaceship from American soil on May 30, 2020 when a SpaceX Falcon 9 rocket carried them to the ISS aboard Crew Dragon.

2 comments on “About SpaceX and the Dragon”