Perseverance is a big part of any mission, whether you’re launching a private spaceship into the black or trying to convince a privately owned space corporation to name the first manned version of that ship after the shiniest gorram spaceship in science-fiction history.

After a couple of scrubbed attempts, SpaceX is scheduled to launch the Dragon on its third resupply mission to the International Space Station today at 3:25pm EST.  Live coverage of the launch begins at 2:45pm at http://www.spacex.com/webcast/.  We’ll be watching (and tweeting) along with you as the Dragon breaks atmo and spreads her wings.

Here’s to a good Friday for a successful launch! 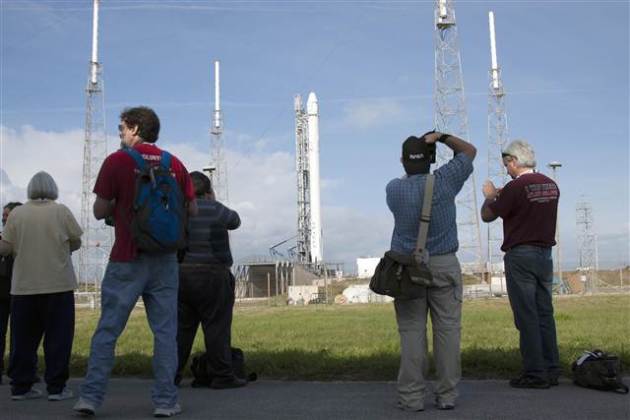 She’s beautiful, ain’t she?– Spectators admire the Dragon atop the Falcon9 on the launch pad.