When SpaceX launches the Nusantara Satu (PSN-6) mission from Space Launch Complex 40 (SLC-40) at Cape Canaveral Air Force Station in Florida this Thursday, it will mark the first East Coast launch of a Falcon 9 this year.

That’s because the Crew Dragon (yes, that same ship we want Elon Musk and company to name Serenity after Joss Whedon’s fictional Firefly-class transport ship) was supposed to have launched from the Space Coast back in mid-January for its unmanned demo flight (DM-1).  That mission has now slipped to March 2 though, so in the meantime SpaceX will send the Indonesian communications satellite Nusantara Satu (PSN-6) into a Geostationary Transfer Orbit on February 21, after which the first stage of the Falcon 9 will land aboard the drone ship Of Course I Still Love You. 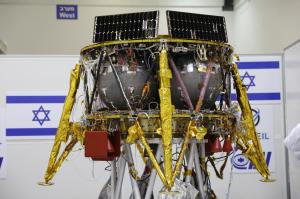 Of particular interest is the secondary payload on this mission– the Beresheet lunar lander, developed by Israel Aerospace Industries and a nonprofit company called SpaceIL.  Once deployed, this privately-funded lander will embark on Israel’s first lunar mission.  If it is successful, Israel will join the US, Russia and China in the very exclusive club of nations that have landed spacecraft on the surface of the Moon.  The lander will carry a payload that includes the prayer of “Tefilat Haderech,” the Bible, an Israeli flag, the Israeli national anthem, pictures drawn by children and a photo honoring Israel’s first astronaut Ilan Ramon, who died aboard Space Shuttle Columbia in 2006.

Liftoff of the Nusantara Satu (PSN-6) mission is scheduled for 8:45PM EST (1:45 UTC) on February 21.  Those who want to watch the launch live (and night launches surely are a sight to behold) can tune in to SpaceX’s webcast approximately 20 minutes before liftoff at spacex.com and on the company’s YouTube channel.