BREAKING NEWS: Ladies and Menfolk, We Have a Crew!

On Thursday, NASA Administrator Charlie Bolden announced the names of four American astronauts whom the agency has selected to crew the first Commercial Crew Program flights to the International Space Station aboard spacecraft built by the private sector–two of these four will be the crew of the first manned flight of the Dragon v2 spaceship. They are:

Sunita Williams, naval aviator, test pilot, avid windsurfer and snowboarder, former commander of the International Space Station, and current record holder for the most spacewalks and total time spacewalking for a woman. 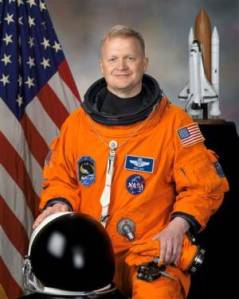 Each of them boasts an impressive resume, even by astronaut standards. To call them “Big Damn Heroes,” the term of endearment favored by Browncoats and fans of Firefly, only begins to do them justice, with their track record of bravery, academic achievement, heroism, and even selfless humanitarian service.

Under the NASA Commercial Crew Services contracts awarded to Boeing and SpaceX, the first manned test flights of their craft–the CST-100 and the Dragon v2, respectively–will take place in 2017 with at least one NASA astronaut on board, with the other seats available for any number of “their people.” SpaceX have publicly stated that they intend to bring two NASA astronauts from this group. 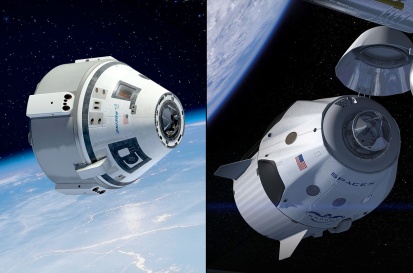 Public statements by the astronauts themselves indicate that NASA’s current plan is to cross-train all four on both spacecraft to start, then eventually assign them to one craft or the other later on. This would be in keeping with NASA’s historic modus operandi of specialization of crew roles that formed in the days of Apollo and continued through the Shuttle era.

Interestingly, people are already referring to these men and women as “the Dragon Four” or “the Commercial Four” (I guess “CST-100” just doesn’t roll off the tongue as well), drawing comparisons to the original Mercury 7, America’s first astronauts. Upon reflection, the comparison is quite apt. Space, by definition, is a realm of “firsts”–first to walk on the moon, first to perform a spacewalk, heck, Williams is the first to run the Boston Marathon while in orbit! For all you know when you’re out in the Black, the most seemingly insignificant of acts could be a “first,” like “first to scratch one’s nose while reading email in space.” That’s what’s so wonderful about space, though: no matter how many folk we send to live out there and colonize it, each of them is entitled to a a degree of glory.

Even then, it is among the rarest, most momentous of occasions in the history of space exploration to be the first to fly a brand new class of vessel–which is exactly what the Dragon and CST-100 represent. Even more exciting is the prospect that ordinary people from the general public are picking up on this without having to be told or have it explained to them.

This announcement marks an important milestone in Take Back the Sky’s campaign to have the first manned Dragon named after Serenity, from the cult sci-fi Firefly franchise. NASA’s typical routine has always been to select and announce the crew of a mission roughly one year ahead of when they anticipate it will actually lift off the pad in order to give them time to train and rehearse. This means that we’re now entering the final phase before the engines ignite, and our remaining time to write letters and collect petition signatures is definitely limited.