SpaceX and Comic-Con: Planting the Seeds of Serenity

In approximately 24 hours, we will close our second (and likely final) online petition to SpaceX asking them to name their first manned Dragon capsule after Joss Whedon’s fictional spaceship Serenity.  Unlike our first online petition, this one was time-sensitive, since it asked SpaceX founder and CEO Elon Musk or president Gwynne Shotwell to announce the name of the ship at this year’s San Diego Comic-Con, which is now less than two weeks away. 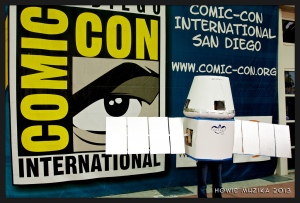 We tied this second petition to an announcement at Comic-Con for two simple reasons.  The first is that SpaceX has had a presence at SDCC for the past several years, so it made sense that since they were already in attendance, they could take advantage of the massive media attention the con attracts these days without even having to go out of their way to call a press conference.  The second is that it’s no secret that Elon Musk has a penchant for spectacle, and when it comes to pop culture, there are few spectacles in the ‘verse bigger than Comic-Con.  It was our hope that those two factors would combine to make San Diego Comic-Con the perfect place for SpaceX to name the spaceship that represents the future of American spaceflight after a fictional spaceship that represents the best of American sci-fi television and film– and, if they saw fit to bring the cockpit mockup that they’ve been setting up at astronomy and engineering conferences, it’d also make for some awesome Instagram photos in the pilot’s seat for some lucky Firefly cosplayers!

As a rule we always have high hopes, but we also have to be honest with ourselves.  It doesn’t look like it’s going to work out that way.  Whereas our first petition accumulated a couple thousand signatures, this latest one has struggled to reach five hundred.  I’m sure there are multiple reasons for that, but speculating about them here won’t do anyone any good.  Instead, I’d like to focus on the fact that this petition still has the potential to be a success even though it never really “broke atmo” or went viral.  Although any logical person would assume that there is next to no chance that SpaceX will actually name their Crew Dragon after Serenity with a surprise announcement at this year’s San Diego Comic-Con, I don’t think that means this petition can’t still play a role in convincing Elon Musk that his company’s first manned Dragon should bear that name.  Here’s why… 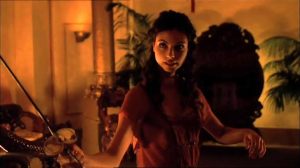 There’s more to it than being “fast like a freak.”

Back when I was the head coach of the fencing team at the high school where I work, my associate head coach and I used to introduce the concept of a feint to our fencers by explaining that a good feint should “plant the seed of panic.”  What we meant by that was if a fencer executes a feint correctly, his opponent (or her opponent– my girls teams were usually more successful than the boys– Inara would be proud) should immediately feel compelled to parry in order to defend the area he is convinced is being threatened, leaving the real intended target all the more vulnerable in the process.  Of course, not every feint will result in a “touch” that scores, but even those that don’t should still “plant the seed of panic,” making the opponent all the more likely to fall for the next one.

Now, obviously we don’t want to do anything to cause panic at SpaceX headquarters, and I’m not implying that our latest online petition was supposed to be nothing more than a feint.  Nonetheless, there is a strategic connection between our current approach with this online petition and a fencer’s approach when engaging an opponent in swordplay.  Just as a feint “plants the seed of panic,” creating an opening for a subsequent thrust to find its mark, this petition, regardless of whether it’s successful in convincing SpaceX to make a dramatic announcement at San Diego Comic-Con, could still “plant the seed of suggestion” when it lands on Gwynne Shotwell’s desk in Hawthorne, California, adding to the effectiveness of other aspects of our campaign.

Convincing SpaceX to name their first Crew Dragon Serenity is a marathon, not a sprint.  It’s unlikely that any one message is going to be the catalyst that results in the decision to christen the ship with that name.  Since Take Back the Sky’s inception back in 2012, we’ve used a number of tactics to let SpaceX know that we want their first Crew Dragon to bear the name Serenity.  We’ve actually conducted a number of petitions, both online and at events like science-fiction conventions, Can’t Stop the Serenity charity screenings and “science night” events.  When you add up the signatures from those various petitions, they’re sure to number between three and four thousand, even if they didn’t all land on the desk of Elon Musk or Gwynne Shotwell simultaneously.  During that same time period, we’ve been encouraging folk to keep a steady stream of letters and leaves flowing to SpaceX headquarters as well.  The idea is that a number of smaller suggestions spread out over a longer period of time will be more effective than one massive “info dump,” after which no one is really thinking or talking about the idea of naming the ship after everyone’s favorite Firefly.

That’s why I refuse to declare this latest online petition a failure.  Even if it only ends up with a few hundred signatures, it will still make its way onto Gwynne Shotwell’s desk, where the SpaceX president who has admitted that she herself is a Browncoat will be reminded yet again that there are folk out there who believe that there would be no better name for America’s next manned US spaceship than Serenity.  Maybe it won’t have the tens of thousands of signatures we’d hoped for, and maybe the idea of including Comic-Con will be obsolete, but it will still be one more piece of correspondence in favor of the name, and whispering an idea over and over again can be more effective in the long run than shouting it just once.

Of course, that doesn’t mean you can’t still affix your name to this petition in the hours that remain, and remember, the effectiveness of this petition and others like it will be dependent upon our making sure the letters and leaves keep making their way to SpaceX headquarters.  Once you’ve done that, stay tuned.  And while you’re waiting to hear what happens next, there’s nothing stopping you from sending in multiple letters or leaves.  I myself make it a point to send a letter, leaf or postcard every few weeks, especially after each successful SpaceX launch.

Like the late, great Yogi Berra said, “It ain’t over till it’s over.”  We’re still flyin’, and in the end that still might be just enough to get the job done.