What Browncoats Can Learn from Hellblazers 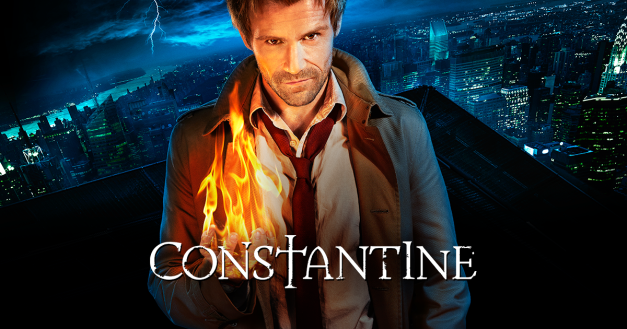 Back in 2014, one of my favorite characters from DC Comics, John Constantine, was given his own television series on NBC.  The series, which was simply called Constantine, starred Welsh actor Matt Ryan in the title role and used many of the classic stories from the original Hellblazer comics that were published by DC’s subsidiary comics imprint Vertigo.  Despite strong stories and a very good cast, NBC never quite figured out how to promote Constantine properly, and it was cancelled after just one 13-episode season due to poor ratings in its Friday night time slot, much to the disappointment of a small but loyal fan base.

Does any of this sound familiar?

Yep.  It’s just another case of history repeating, and the similarities to Firefly don’t stop there.  The show’s fans, who quickly adopted the nickname “Hellblazers,” began an online campaign to save Constantine.  At first the goal was to get NBC to renew the series for a second season, but when it became apparent that wouldn’t happen, the Hellblazers turned their attention to the CW network, which had established a strong television lineup based upon the characters of DC Comics, first with Arrow and The Flash, and later with the edition of iZombie (based on another Vertigo book), Supergirl (which came over after an inaugural season on CW’s parent station CBS) and DC’s Legends of Tomorrow (which starred a number of characters who had first been introduced on Arrow and The Flash).  The Hellblazers figured Constantine would fit in well on a network that was already full of DC Comics-based programming, and began a full-court press to convince CW to pick up the show for a second season.

One advantage the Hellblazers had over the Browncoats was the existence of social media platforms that weren’t around back in the early 2000’s.  Facebook and Twitter were a natural fit for the campaign, and hashtags like #Hellblazers, #SaveContantine and #ConstantineOnCW soon became commonplace.  Some fans even went so far as to post open letters to the CW network asking for them to pick up the show and pictures of (photoshopped) billboards advertising Constantine’s premiere on the CW network.

After months of hammering away at their campaign, the Hellblazers began to see signs that their efforts were not being ignored.  On November 4, 2015, Matt Ryan made a guest appearance as Constantine in the Arrow episode “Haunted,” in which he helped Green Arrow save the soul of White Canary (Sara Lance).  When Constantine’s guest appearance was announced, Arrow writer and producer Marc Guggenheim said, “…It will be a well-deserved tip of the hat to all the ‘Constantine’ fans who were so incredibly supportive of that series.”  At the time, Constantine’s cameo was advertised as a one-shot deal, but that didn’t last for very long.

Encouraged by the fan response to Constantine’s appearance on Arrow (not only hardcore Hellblazers, but also long-time Arrow fans enjoyed the episode and responded positively online), the CW network conjured still more ways to involve the self-proclaimed “exorcist, demonologist and master of the dark arts” in its programming.  The network developed a short animated series called Constantine:  City of Demons (with Matt Ryan once again voicing the title character) to air on its online CW Seed broadcast service, and the network somehow managed to acquire the rights to the original Constantine series from NBC, which allowed it to stream the thirteen original episodes on CW Seed as well.  In addition, plans were made to have Ryan reprise his role in two episodes of DC’s Legends of Tomorrow this season, the first of which aired in February and the second just last week.

As it turns out, this month was a very good one for John Constantine.  Not only did the CW Seed debut his animated series (the first episode is online now), but the network also announced that the character would return for a third appearance in the season finale of DC’s Legends of Tomorrow.  And on March 19, the same date that Constantine made his second appearance on “Legends,” the CW announced that the character would be joining the cast of the show on a full-time basis next season (assuming the show is picked up for a fourth season, which at this point is very likely)! The response was a firestorm of activity among the Hellblazers online, who flooded Twitter with hashtags like #ConstantineOnLegends (which they’d used during his guest appearances), #ConstantineSaved and #ConstantineIsALegend.  One might say the Hellblazers have done the impossible, though I’m pretty sure they’d prefer to call it magical.

What the Hellblazers have accomplished is pretty impressive, and I believe that there are some things that we Browncoats who want to see SpaceX name its first Crew Dragon Serenity can learn from their recent success:

In the meantime, please keep sending those letters and postcards to SpaceX asking for a Crew Dragon named Serenity.  And if you find the spirit moving you to aim a tweet or two in the direction of SpaceX or Elon Musk, why not have a go? If the Hellblazers can use social media to bring Constantine back from the dead, why can’t Browncoats use it to take Serenity out to the black?

Oh, and if you haven’t watched Constantine yet, be sure to check it out on CW Seed.  It really is one hell of a show.