SpaceX Continues Its Dance with Dragons: CRS-17 Launch Now May 3 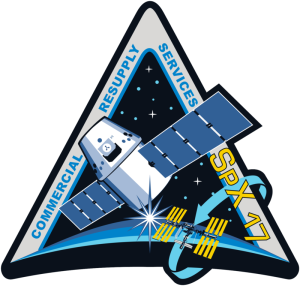 SpaceX planned to launch its 17th resupply mission to the International Space Station from Space Launch Complex 40 (SLC-40) at Cape Canaveral Air Force Station in the early morning hours of Wednesday, May 1, but now the launch will have to wait until NET Friday, May 3 so that NASA can troubleshoot a problem with an electrical distribution unit on the International Space Station.

When the mission does finally break atmo, a previously unflown Block 5 Falcon 9 will insert Dragon into Low Earth Orbit, where it will rendezvous with the ISS and deliver over 5,500 pounds of supplies, experiments and equipment to the astronauts of Expedition 59 aboard the space station.

The logistics of this particular mission certainly have been fluid.  The first stage of the booster was originally scheduled to land at Landing Zone 1 (LZ-1) at Cape Canaveral Air Force Station, but the Falcon 9 will now land at sea aboard the SpaceX drone ship Of Course I Still Love You due to the ongoing investigation at LZ-1 into the anomaly that occurred there during a Crew Dragon abort system test on April 20.  During that incident, which occurred as SpaceX was testing the Crew Dragon’s eight SuperDraco abort engines, the capsule that made Crew Dragon’s first demonstration flight (DM-1) to the ISS on March 2 of this year was lost.

Yes, this is the very same Crew Dragon that we here at Take Back the Sky want Elon Musk to name after the transport ship Serenity from Joss Whedon’s cult sci-fi TV series Firefly, and of course we still hope to convince SpaceX to christen a future Crew Dragon with that name.

But in the meantime, the OG Dragon is now scheduled to lift off NET 3:11 AM EST (7:11 GMT) on May 3.  The current forecast shows the weather as being 60% go for launch.  For those night owls who want to watch it live, SpaceX’s webcast of the CRS-17 launch should go live approximately 20 minutes before liftoff at spacex.com and on the company’s YouTube channel.