Serenity: A Dream of What’s to Come 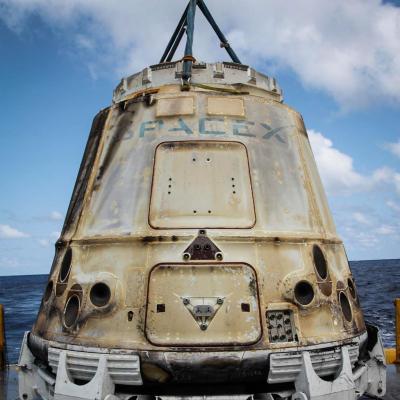 SpaceX’s Dragon is recovered after a successful splashdown last week. The unmanned transport ship returned over 3,100 pounds of cargo and experiments from the ISS. (Photo: SpaceX)

Ni hao, fellow travellers. Jeff here, in a long-overdue return. When I offered to take over this weekend to lighten Chris’ load during exam week and we got to discussing a topic, something about his choice of words got me thinking about the future. In the past week or two, we’ve seen the successful milestone pad abort test of the Dragon II manned spacecraft, followed by the safe return of her unmanned freighter sister craft from the International Space Station. The past couple of days have also seen some unprecedented conversations in the United States capital–who ever thought we’d see the day when legislatures would seriously discuss things like property rights for the first settlers in the ‘Verse? It is indeed an exciting time to be alive. Between stories like this and the premiere of Disney’s Tomorrowland in theaters, it’s becoming clear that society may finally be beginning to turn away from the general malaise and pessimism that accompanied the recession, and is now looking towards the future. In this same spirit, I’d thought it might be a good time to talk to you all about “the road from here.” I suppose we haven’t been as detailed as we could have been about how your letters and petition signatures would lead to a real-life Serenity or what comes in between the two. “No time like the present,” as they say… END_OF_DOCUMENT_TOKEN_TO_BE_REPLACED 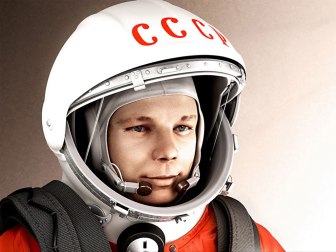 “Circling the Earth in my orbital spaceship I marveled at the beauty of our planet. People of the world, let us safeguard and enhance this beauty—not destroy it!”—Yuri Gagarin, first man in space

By the time this post hits the web, “Yuri’s Night” celebrations will already be in full swing around the planet.

Every year on April 12, people the world over hold parties and other events to celebrate mankind’s achievements in space. Some of these events are full-on, blowout shindigs with all manner of craziness, while others focus more on education and outreach. END_OF_DOCUMENT_TOKEN_TO_BE_REPLACED

Take Back the Sky Mentioned in Geek Pittsburgh Article

Take Back the Sky Mentioned in Geek Pittsburgh Article

Geek Pittsburgh, a browncoat-friendly blog that is an official sponsor of Pittsburgh’s 2013 Can’t Stop the Serenity event, mentioned Take Back the Sky as part of their recent article about the annual worldwide Yuri’s Night celebration.  Our thanks to Geek Pittsburgh for helping to boost our signal.