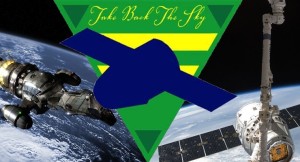 Since 2012, we at Take Back the Sky have been leading a grassroots effort to convince SpaceX to name the first of its manned space capsules after Serenity, the fictional spaceship from Joss Whedon’s science-fiction television series Firefly and feature film Serenity.  Despite the fact that we’ve devoted a lot of space as of late (yes, the pun is intended) to covering the many launches that SpaceX has completed so far this year, we still think it’s important that we not lose sight of our raison d’être.  To that end, here are ten good reasons why we believe the first manned SpaceX Dragon should be named Serenity…

END_OF_DOCUMENT_TOKEN_TO_BE_REPLACED

Why SpaceX and “Serenity” Are Perfect for One Another

For nearly four years now you’ve been listening to us tell you all the reasons why Serenity is the perfect name for the next manned US spacecraft.  If you’re a Browncoat, you probably didn’t take much convincing, but even those who aren’t big fans of the series Firefly or the film Serenity would most likely still agree that the name Serenity embodies the ideals of 21st-century space exploration, which is certainly built more upon a foundation of peace and cooperation than the space race of the Cold War era was.

But some of you may still be asking yourselves, “Why are they so fixated on SpaceX?” After all, it was NASA who chose the name Enterprise at the urging of tens of thousands of letter-writing Star Trek fans, and NASA is still the driving force (and paying customer) behind the Commercial Crew Project.  Besides, if what we read in the press is to be believed, NASA wants Boeing’s CST-100, not SpaceX’s Dragon 2, to be the first manned US spacecraft to break atmo since the Space Shuttle Atlantis launched into the black for the final time (on this very date four years ago).

Given the fact that SpaceX’s unmanned Dragon has already completed six successful resupply missions to the International Space Station and Boeing’s CST-100 has yet to leave the launch pad, I’m sure there is a lot of room for debate as to which ship will be ready to make the trip first.  But we’ll save that debate for another time.  Suffice it to say that we believe that when the chips finally hit the table, it’s going to be SpaceX’s Dragon v2 that’ll be ready to answer the call.

But that’s not the only reason why we’re focusing our efforts on SpaceX instead of NASA or Boeing.  It’s also because we believe that SpaceX, unlike the others, cares about the relationship between pop culture and the space industry.  In short, Elon Musk, Gwynne Shotwell and the vast majority of their employees at SpaceX are our kind of people.  And that’s not just some vibe we’re getting.  You only need look at their track record to see exactly what we’re talking about.

END_OF_DOCUMENT_TOKEN_TO_BE_REPLACED

What I Did on My Summer Vacation: a Visit to the Johnson Space Center

I let my wife Richelle choose the destination of our family vacation this year.  I figured she’d more than earned that right.  After all, she had been willing to let me go off to a major con in Philadelphia for four days in late spring, and had put up with my taking over the job of organizing Pittsburgh’s annual Can’t Stop the Serenity events.  She also agreed with the idea of our traveling to Germany next summer with a group of my students and their parents instead of taking a family vacation.

When she said she’d like to go to Houston, Texas for a few days to visit her sister Laurie and her family, I was on board without hesitation.  My previous experiences in Texas were overwhelmingly positive, and I enjoy spending time with Laurie, her husband Steve and their two kids, who are both about the same age as my son.  Since this would be the first time we visited them since they moved to Houston from Austin, I was also looking forward to seeing what the city of Houston had to offer, and I was especially enthusiastic about the prospect of visiting the Johnson Space Center. END_OF_DOCUMENT_TOKEN_TO_BE_REPLACED